Post stories from past authors here. Remember to give credit where credit is due!
Post Reply
4 posts • Page 1 of 1 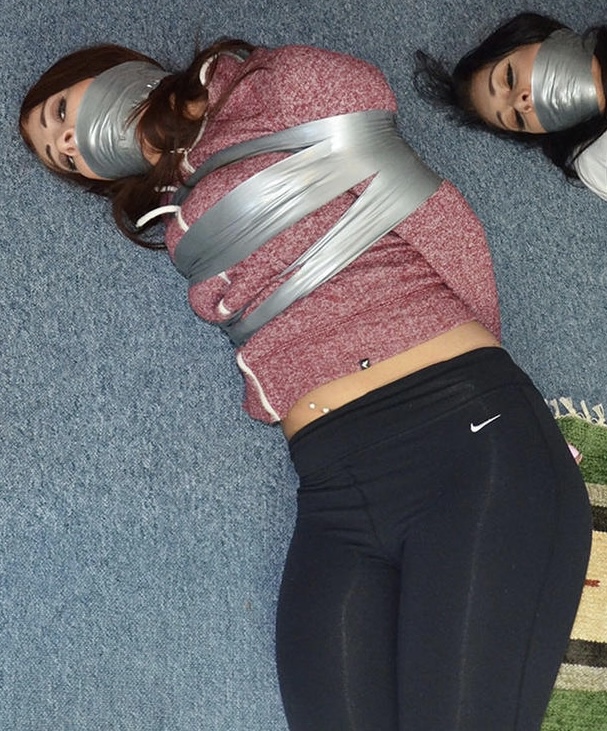 This story was originally posted by cacofonix on the old site

I really enjoyed being left alone in the woods, bound and gagged and tied to a tree (see my last story). It felt like a real predicament. I couldn’t free myself and had to wait to be rescued. It was embarrassing to be found all tied up and sock gagged with my mouth taped up, but I liked it.

Another good thing was that word got around that you could tie me up and even gag me without getting into trouble. I wouldn’t tell.

Kids often make plans to tie someone up, but they hardly ever go through with it because they are scared of getting into trouble. Now they knew I wouldn't tell on them, some kids started collecting rope and buying tape. Nothing happened for a while, but I hoped it might soon.

In those days I was a Boy Scout. There was another scout troop located quite close to us. We used to play pranks on each other, like stealing flags and painting rude messages on each other’s scout huts.

They had beaten us at football recently and won a cup. To get our own back we wanted to steal the cup from their Scout hut.

I had a sort of girlfriend. She was really nice. We had been friends since Primary School. Now we used to hold hands a lot and kiss behind the bike shed. Anyway, her brother was in the other scout troop and she offered to show me a sneaky back way into their hut so I could burgle their trophy cabinet.

It was a trap of course. They were waiting for me. Ten of them.

Perhaps I should have been cross with my girlfriend. But it was good trick she played on me, luring me there so her brother’s scout troop could kidnap me. She stayed to watch them tie me up.

They were really quick. Four of them working at once. They pulled my arms behind my back. One boy tied my elbows close, another tied my wrists together, a third tied my knees and the last one got down on the floor to tie my ankles together. They used rope and tied it tightly.

They had lots of rope and everyone wanted a go at tying me. Some of them tied ropes round and round my shoulders, chest and waist, pinning my arms down to my body. Others tied my thighs and tied my legs together below the knee.

When they had finished I was so tightly tied that they had to hold me up. I couldn’t stand by myself. One of them clamped his hand over my mouth. I was going to be gagged. I hoped they did it properly.

It was thrilling to be immobilised and made helpless while my girlfriend watched.

They stuffed a handkerchief into my mouth and cheeks then another. Then they taped me up with nice sticky duct tape, wrapping it round and round, over my mouth, behind my head and back again. Ten turns. Nice and tight.

I love the sound of duct tape peeling off the roll. And the feeling of it sticking down to my skin and hair. And how it gets tighter and tighter with each wind.

My girlfriend’s brother did the taping up. I think she may have given him tips on how to gag me. After I was tied to the tree I had told her that if you really want to keep someone quiet you have to stuff his mouth before you tape him up and wind the tape round tightly so it can’t come unstuck.

So there I was. In the hands of my enemies, tightly bound and gagged. My girlfriend thought it was really funny. She walked round behind me to look at my tightly tied arms. She came back in front of me and looked me up and down from by tied ankles to my gagged face. I felt helpless and vulnerable. I loved it.

I didn’t like it so much when she went home, but I soon got over it. There was nothing I could do but watch her walk away and leave me at the mercy of her brother and the other scouts. I wondered what they were going to do with me.

They started by tying a blindfold over my eyes and pulling a cloth bag down over my head. They picked me up and carried me into the bike shed. I was dumped down on the floor and left there for an hour, bound, gagged, blindfold and hooded, while they went back to the hut to do scouty things.

At first I struggled quite hard. I didn’t think I could get free, but I wanted to make sure. I was soon out of breath because of the gag and the hood. I gave up struggling and lay there thinking about my girlfriend. I wondered what she would say if she knew I actually liked to be bound and gagged. I thought about asking P to leave me really tightly bound and gagged somewhere where my girlfriend would find me.

Eventually the other scouts came back. They pulled the bag off my head and untied the scarf from my eyes. They asked me what I had come for. They knew already, my girlfriend had told them, but it was fun interrogating me while I was too tightly gagged to answer their questions.

The plan was to return me bound and gagged to my own scout hut and dump me outside. I wondered how they were going to get there without anyone seeing me all tied up. Here’s how. They dragged me outside and rolled me up in an old carpet, which they secured with more rope and then stuffed me in a shopping trolley.

The rattling of the wheels as they pushed the trolley covered any noise that the gag didn’t stop. It seemed to take a long time to get to our scout hut. They must have taken the scenic route. When we got there they lifted me out of the trolley and dumped me behind our bike shed, still bound and gagged and wrapped in the carpet. They ran off without anyone seeing them.

I couldn’t move at all. I was tied up from head to foot with tight ropes and wrapped in a carpet. The only way out was to shout for help as loud as the gag would let me. Which wasn’t very loud. It was quite stuffy in the carpet but I had to keep mmphing or I’d never get out.

After what seemed ages a two cub scouts heard me when they came to get their bicycles. They went for help and before long the cords had been cut and the carpet unrolled to reveal me lying there tightly bound and gagged.

I was about ready to be untied by now, but they just stood there. There were six of them. They were quite pissed off. Not only had a not stolen the football cup, I had let the other scouts capture me and return me bound and gagged. It was a double whammy.

Most of them wanted to leave me tightly bound and gagged. It would serve me right, they said. They looked to our patrol leader. He nodded. They went back to the scout hut. I hoped they were joking. I hadn’t expected to be left helpless, bound and gagged behind the bike shed, lying on a smelly old carpet.

Fortunately the patrol leader relented after half an hour. He sent a couple of cub scouts to untie me. It took them ages. The knots were tied really tight. They had trouble undoing them with their little hands. I couldn’t understand why they didn’t just cut the ropes. One of them must have had a penknife. I tried to suggest it, but I was too tightly gagged. It just came out as mmph mph mmph!

They had been told to let me take off my own gag as peeling all that tape from my skin and hair would hurt. So I had to lie bound and gagged for another twenty minutes before the little twits managed to loosen enough knots for me to get my arms free.

It was a rough game, but a good one.
Top

Thank you so much for rescuing this story. This was always a personal favorite, and I was sad that it seemed to be the only one of Cacofonix's stories that didn't survive. So, many thanks

Thanks a lot for reposting this one.
I miss Cacofonix, his stories were all greqt.
Top