Have a request for a story that's suitable for adults 18 and older? Then post it here!
Post Reply Previous topicNext topic
3 posts • Page 1 of 1

Would anyone be interested in writing a story about a recently 18 year old guy being being introduced to bondage by his 21 year old sister, who slowly starts taking control of his life and making him more increasingly a slave, until he lives it 24/7, with her gaining full legal rights and power of attorney over him? I’d like for him to start our nervous, but due to being a natural submissive who looks to her for complete support, and because of her dominant and charismatic demeanor, gets manipulated into continuously giving up control of his life to her.

I put this in the adult section because I’d also like for her to loan him out to her friends for some fun.
Top 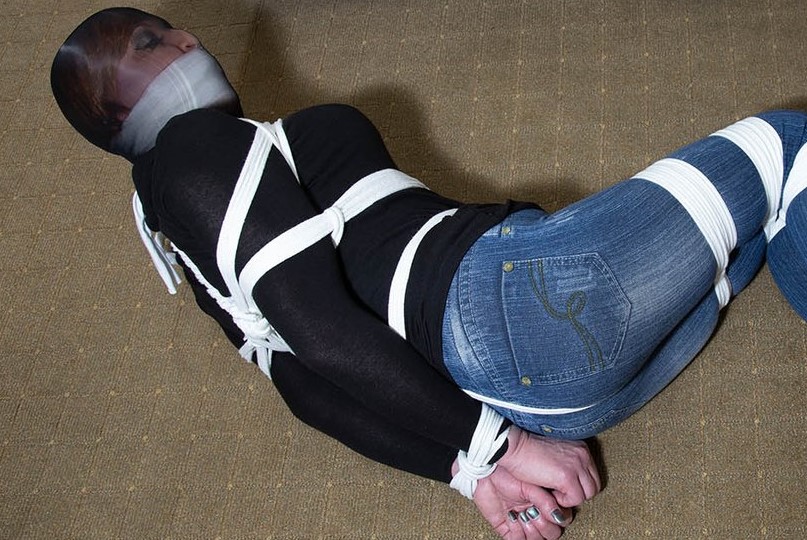 Something like this? I have always had the same fantasy and have some story in the works.

Since Paul was fourteen his sister Becky had to get him out of trouble for one reason or another. Paul liked to wild things to try and be popular with the other kids in the neighborhood. Becky would always have to clean up his mess, especially with their parents. Becky would always tell Paul that one day she was going to own him because of all the favors he owed her. Well that day was today.

November 11, 1985, Paul Collins turned eighteen and his older sister Becky Collins who had just turned twenty one once month earlier came to collect Paul’s debt. Paul was a slim guy; he was only a hundred and fifty pounds and stood six foot even. He was toned but not all that muscular. He had curly brown hair and green eyes. He was handsome despite not being the most manly looking guy. Becky was a stone cold fox, she was slim and fit. She had long brown hair and hazel eyes. Her breasts were a perfect, perky 34D. She had the cutest little ass, it was tight and round just like a peach. She was lusted after by all the guys and Paul knew because they told him all the time how hot she was.

As the family sat at the dining room table singing “Happy Birthday” to Paul and teasing him with pretend birthday spanks. Becky leaned over from behind him and whispered in his ear. “Tonight I am gonna collect what you owe me.” She kissed his cheek and screamed, "Blow out the candles silly.” Paul blew out the candles and they all enjoyed the cake. Paul was curious as to what Becky meant about collecting on his debt. Had she been serious all those times? He thought, no she couldn’t have been.

Later that night Paul laid in bed drifting off to sleep, when his bedroom door creaked open. It was Becky and she was wearing a pair of wet look spandex leggings, black fishnet stockings, black heels and a black lace bustier. She walked to Paul’s bed and sat down. “Becky, what are you doing?” Paul looked at his sister stunned. “I told you earlier, I am here to collect your debt,” she said. “I told you one of these days I’d own you.” Paul let out a giggle, “you serious?” “Oh I am serious, Paul, did you think my help was free?” She asked Paul as she pulled his covers back. “You are going to be my bondage slave, and you will do as I say,” she told him. “Now roll over onto your stomach, I am going to teach you about being tied up.” Paul just looked at Becky then laughed, no way was she tying him up.

Becky grabbed Paul’s ball sack and squeezed it hard. “Paul, I see you think I am kidding but I assure you I am not,” she said. Paul tried to yell but the pain shooting into his belly made speech difficult. “Now roll onto your stomach,” Becky commanded him. Paul rolled onto his stomach still trying to catch his breath from the nutt squeeze. “My sister is a psychopath, who knew” he thought to himself. Becky pulled his hands behind his back and handcuffed them together. She didn’t use fuzzy cuffs but a pair of police grade handcuffs. She moved down to his ankles and put another pair of cuffs on them. She then linked a rope from his wrists to his ankles and pulled them into a hogtie. “Ouch, fuck Bec that hurts,” Paul said and Becky instantly grabbed his hair and yanked his head back. “Do not talk unless I say so slave,” she said and tossed his head back down. Becky then tied a knotted bandana into his mouth and tied it tightly behind his neck. Paul was hogtied like a good little piggy slave.

Becky sat next to Paul admiring him in his predicament and said. “You will learn to enjoy this my slave.” Paul tried to speak but the gag was thick and tight. “Shhh, no need to thank me, in a few months you will forget you ever tried to resist,” she said and laughed. Becky lay down next to Paul and watched him struggle about. It was going to be a good relationship Becky thought she always wanted a boy toy to play with.

To be continued...
Top

It’s not exactly what I was thinking, but is this a story you already had worked up?
Top
Post Reply Previous topicNext topic
3 posts • Page 1 of 1

Return to “Story Requests for Adults”