Stories that have little truth to them should go here.
Post Reply Previous topicNext topic
6 posts • Page 1 of 1 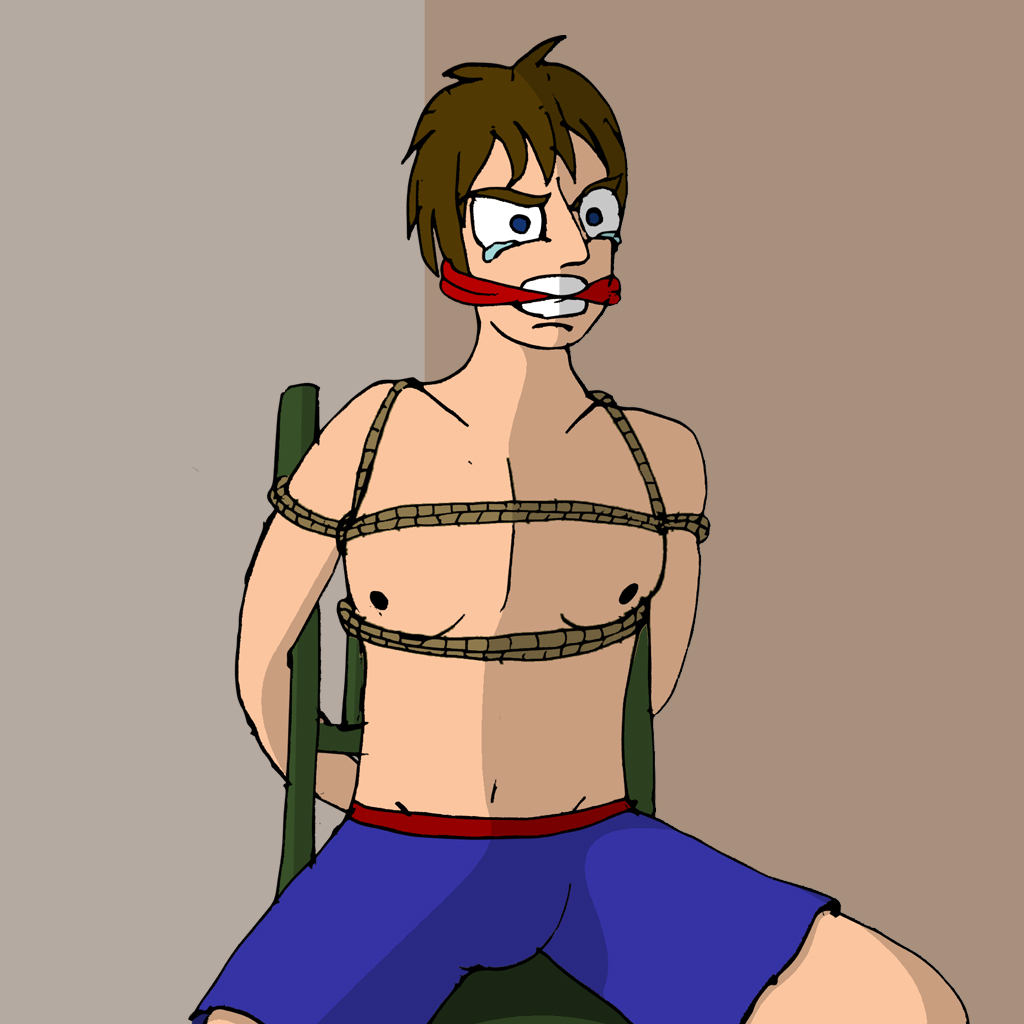 So, it's been a while since I wrote a story, writer's block you know? Well, I made this drawing... what was intended to be a single-paragraph caption turned into a full story so I decided to share it here, hope you like it! 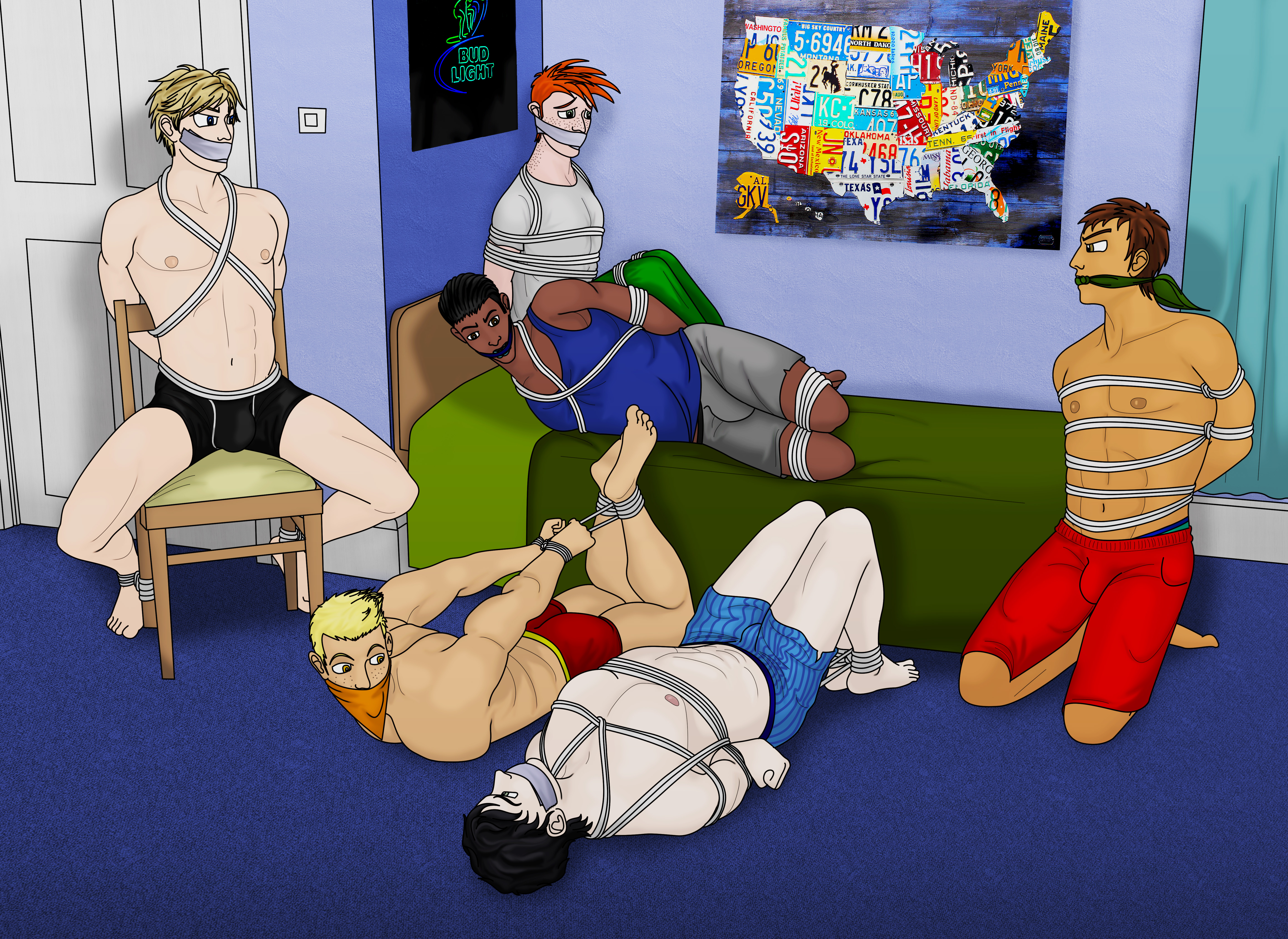 The attack was easy, those guys of Gamma Alpha Gamma were taken by surprise. We sneaked into the house through the backdoor and went straight to the living room for our first victim. Andre had always been a night owl so we weren’t surprise to find him laying on the couch watching some quality 2 am programming. At first he freaked out, I would have done so too if I had seen eight masked men rushed into the living room but his fear turned to anger when he recognized the Greek letters on our jackets. He of course tried to fight us but it was eight of us against one, so there was little he could do as all of us pinned him down on the couch. Both of his socks were shoved in his mouth and a blue bandanna was tied over it to silence him, I took care to tie his hands together behind his back and his elbows together before crisscrossing some ropes over his chest, meanwhile, Kevin tied his ankles and knees together and finished with a hogtie.

With one guy subdued, Hugh carried him over his shoulders and we headed upstairs for our next victim. Poor Ryan M thought it was the other brothers playing a late-night prank on him and barely reacted until we dropped a struggling Andre next to him. It was too late though, as the helpless ginger found himself crushed under the weight of eight guys. By the time we were done with him, he was sitting on his bed with his hands bound behind his back and ropes circling his chest, thighs and ankles. Unlike Andre, Ryan M tried to plead with us to let him go but Kevin solved the issue by wrapping tape around his mouth several times.

Now that we had a “base” we split in pairs to get the others. Me and Kevin went after Hector; he was caught in a deep sleep; in fact, he didn’t wake up until we had seated him up and were wrapping the ropes around his torso. It’s a good thing he was such a deep sleeper, honestly, I don’t think we could have hold him down if he had been awake since the moment he realized what was going on he started struggling and screaming as if his life depended on that, by this point it was too late since his hands and torso were tied up and we had already gagged him with a knotted bandanna. Still Kevin had to tie his ankles too; the original plan was to rope his ankles, knees and thighs but after getting the fifth kick on his face, Kevin announced that just the ankles would be enough. And so, we half-carried him half-dragged him back to the room.

Hugh and Skyler had already gotten their target and where in the process of finishing the last knots. Ryan D was sitting on a chair shooting daggers at all of us, the only thing he could do since he was well restrained and gagged with duct tape. I already knew who I’d be checking out the rest of the night, Ryan D had been left in a quite exposed position, the way his ankles were tied to the rear legs of the chair and his hands were tied behind his back made him puff out his chest and thrust his crotch forwards, it didn’t help that he was wearing such tight boxer briefs!

The guys left Ryan D glaring at us and helped us with Hector. We forced him to kneel on the floor and Skyler suggested hogtying him in that position. The threat of him falling flat on his face was enough to make him stop struggling but his eyes were still trying to incinerate us. By the time we were done, the other four guys had come back, each pair carrying their respective prisoner.

Joe and Wally brough Aiden in. They unceremoniously dropped him on the floor, getting a few curses from the dark-haired guy that were muffled by the tape over his lips. Hogtied like he was, there was little he could do but to roll on his back. Behind them, came Gabe and Michael, placing Nate next to Aiden.
Nate had always been a chill guy and this wasn’t the exception though I’m not sure if it was because of his personality or because the hogtie was so tight it left him little slack to move. I did hear some faint grunts coming from his mouth that Gabe explained had to do with the fact that they stuffed a pair of boxers from his laundry basket inside his mouth before tying the bandanna on top. Yikes!

The mission had been a success! We stepped back to watch the six guys at our mercy, it was almost time for us to leave, we needed to get all their beer and snacks while Hugh lectured them about how unwise was to mess with them but there was one last member missing. Kevin excused us as five of us went to fetch him; we knew where to go, down the hallway to the last unsearched room.

We went inside the empty room and close the door before anyone could see us “Thanks a lot dude!” Kevin smiled while I pulled out my mask and return him his jacket

“But we feel bad doing this to you, we can always say you weren’t here-” Michael tried to say but I interrupted him

“Nah” I replied tossing my t-shirt on the floor and unbuckling my jeans “you got to do this, otherwise they’ll suspect!” I finished stripping to my underwear and removed my socks, tossing them at Kevin “You might want to gag me with those”

“Thanks again for this man!” Gabe said, the others nodded except for Kevin who merely smirked at me. I’m not surprised, he knows me since high school so he probably figured out the real reason I agree to this, specially after I “suggested” they gag me with my socks. For the others? I’m a hero so it’s a win-win scenario for me!

I’m also proud of my acting skills! I’m pretty sure that I convinced my frat brothers that I was a victim like them when Kevin and Gabe carried me back to Ryan M’s room, hands behind my back, arms tied to my sides, ankles and knees tied together, hogtied and gagged with my own socks and duct tape. They even gave me sympathetic looks as I was dropped between Nate and Ryan D! True, I had to endure lots of teasing and a humiliating photo session that I’m sure they’ll show at their parties but once they leave, I’ll have all night to enjoy being tied with these hunks! And tomorrow we’ll be found by the bros who don’t sleep here; unless we somehow manage to escape before that but you can rest assured that I won’t make that easy for them! 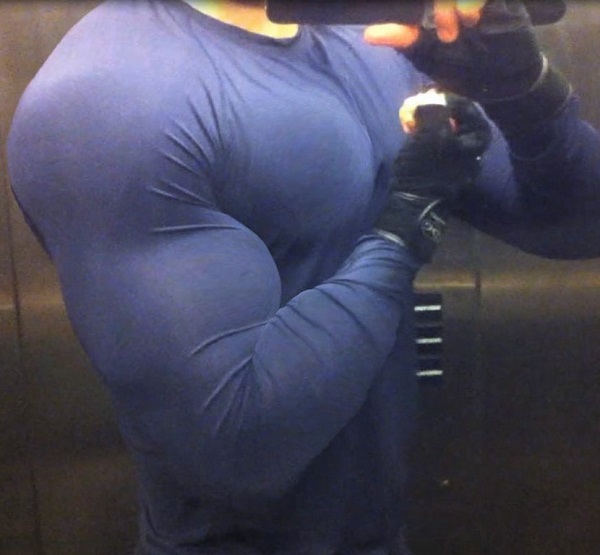 @cj2125 Fantastic story, my friend! And an absolutely fantastic drawing to go along with it!
Well done!

It's like I always said; socks and boxers make the best gags.
Combine those things with bandanas or duct tape, and you cannot possibly go wrong

Thanks for sharing this with us!
FOR A LIST OF ALL MY WRITTEN WORKS, CLICK HERE: https://tugstories.com/viewtopic.php?p=38748#p38748 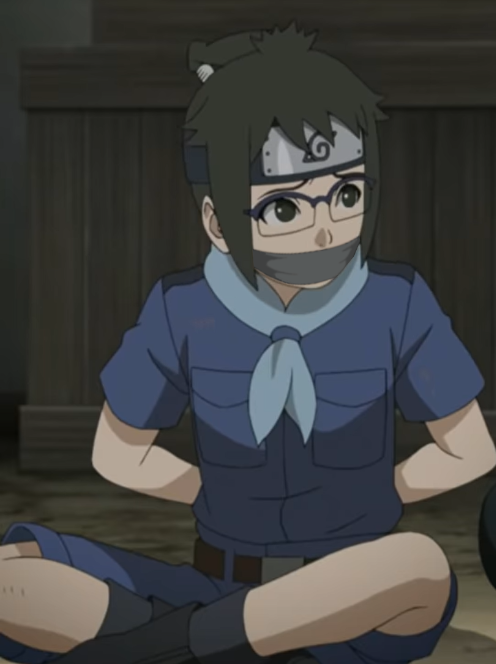 Its also written in a more unique way with it being told long after the fact.
Top 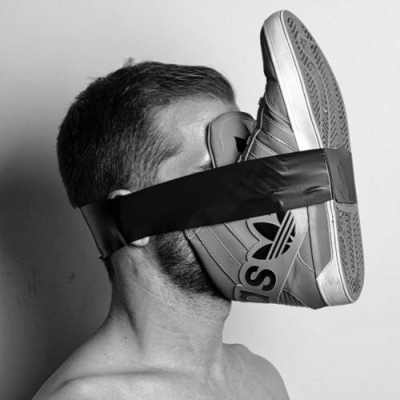 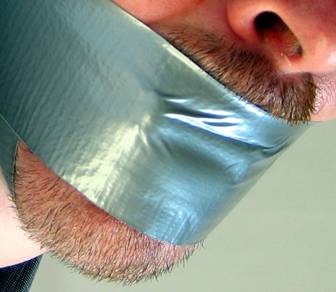 I really love your stories @cj2125, and "Frat Wars" did not disappoint.


A bunch of guys tied up and gagged in one room really gets me, and you pull it off so well and then some through the different reactions of the guys and the various ways and means of retaining them 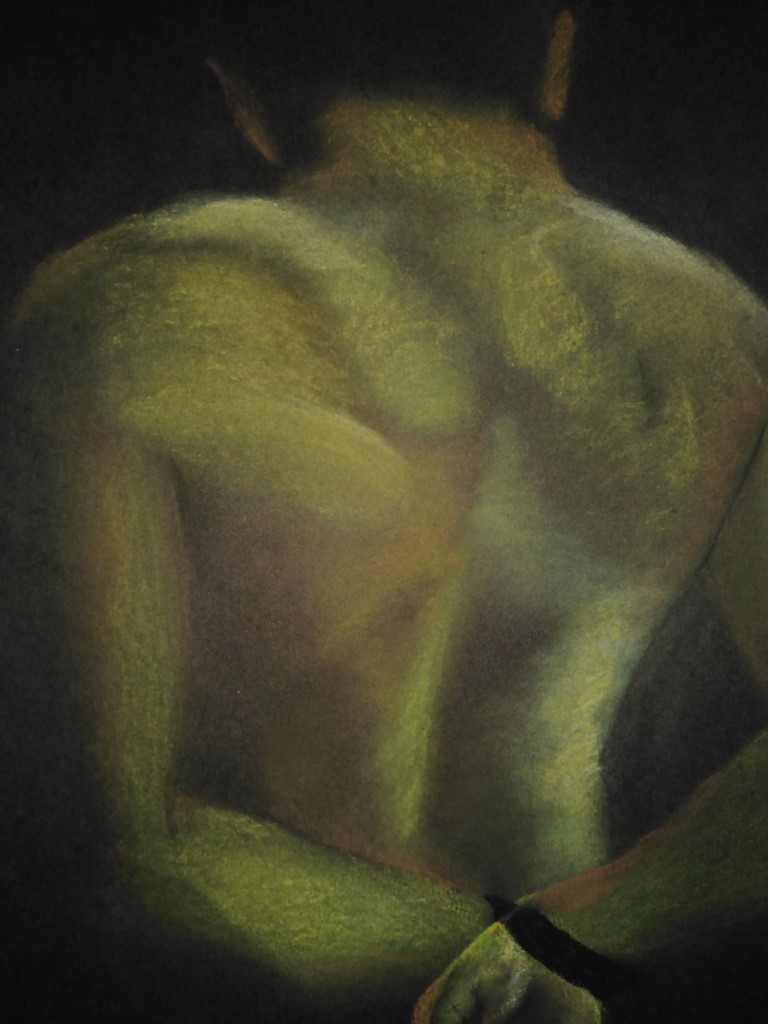 It was a really fun story, as always. Nice to read from you again.
Here are my M/M stories https://www.tugstories.com/viewtopic.php?p=42709#p42709
Top
Post Reply Previous topicNext topic
6 posts • Page 1 of 1