Stories that have a significant measure of truth to them should go here.
Post Reply Previous topicNext topic
8 posts • Page 1 of 1

So this story happened to me when I was 15 years old on a Halloween night.

I consider myself a superheroe fan so for that Halloween I decided to dress as Batwoman on its classic costume from the 1960s Batman tv show. My friend Leslie ( who is Latina) decided to dress as catwoman from the tv show too and secretly, she decided that she was going to kidnap me and tie me up so she could recreate an scene from the show without me not nowing what was going to happen.

That night we where suppose to go to a Halloween party so she arrived at my house because we were going together. After arriving, Leslie said that she was going to go for a glass of water. I told her I was going to get ready and that she could do whatever she wanted.

After some time, I was ready to go. I went out and I didn’t saw Leslie. I started to call her name and then I found her on the kitchen with a couple of rope on her hand. I asked her what she was doing and she said “what I want to do” and without me knowing got up fast and grabbed my hands in front of me and started to tie them.

She tied my hands and after that my feet and then put a rope in the middle to make some type of hogtie like the one from the scene when catwoman kidnaps batgirl so later could kill her on the weard machine.

Leslie said that catwoman was going to held me hostage till she wanted. To follow the game, I started to moan and told her that she wasn’t going to get into her way. Leslie got a handkerchief and gagged me. I started to talk behind my gag.

After some time( like 30 minutes from what I remember), Catwoman( Leslie) game and said that was the last time I was going to fool her plans and that I needed to learn a lesson form before, so he started to tickle me a little bit.

The time for the party came near and my parents weren’t going to come home till the next day because they were on a business trip.

Catwoman( Leslie) got with me and told me that she needed to go to a party and that she was going to leave me tied on my room like that with some scissors hided on the room and that I needed to escape like I always did and that if i did, i could come to the party. In the case I didn’t, she was going to come to untie me at 12:00 am.

Catwoman( Leslie) left and I started to move between my ties. It was difficult but I found the scissors at a drawer a little bit near me after like 30 minutes of looking and I used them to cut my ties from the hands and finnaly could
escape.

I arrived to the party and Leslie congratulated me for escaping. I was a little bit angry and at the same time had a wonderful time tied up because some time before I had some adventures with selfbondage and started to get like really into this.

Right now we remember that story as one mist shift we did on our teenage years and we have talked about repeating what happened because we want to have a good time like that one.
Top

, you took that television scene to reality

Great story. That show is what me into the tie up lifestyle.
Top

Fun story, hope you get to do it again.
Top 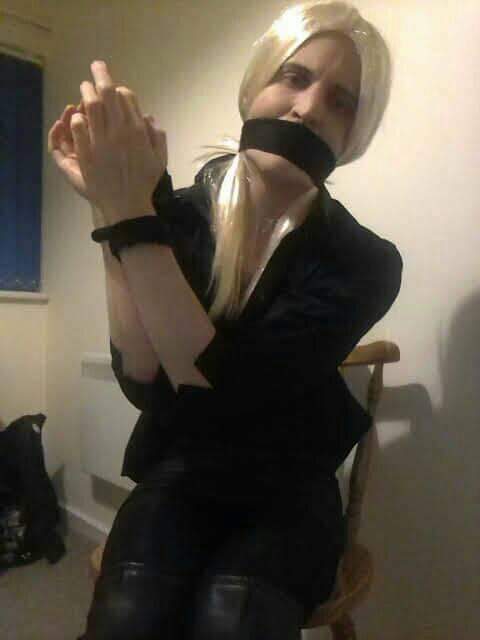 Thank you for posting. I don't remember every tie up scene for the 60s Batman tv show off by heart , but it sounded like you both renacted that scene very well. Batgirl is my most favourite female comic book character to see get tied up.
HHHMMMPP mmnnpph mmpph nnnpph hmm hmmm mmmnnn hhhmmhhpp
Top

Is this what your talking about, when Batgirl get that by Catwoman and then put into a wierd machine?
You do not have the required permissions to view the files attached to this post.
HHHMMMPP mmnnpph mmpph nnnpph hmm hmmm mmmnnn hhhmmhhpp
Top 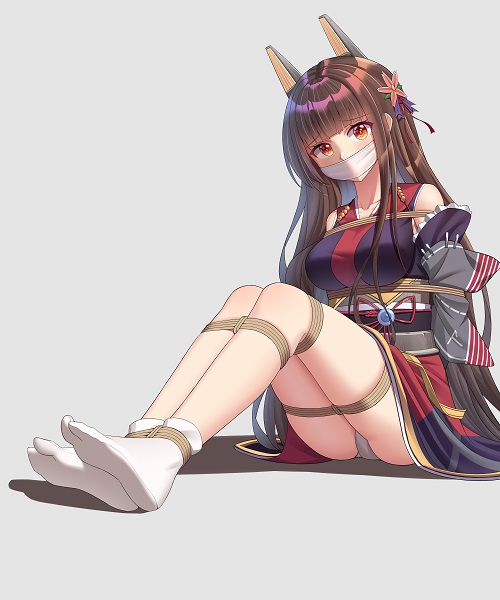 Batgirl and Catwoman : perfect duo for a TUG