A NIGHT UNDER SHAWN'S FEET (M/M)

Stories that have little truth to them should go here.
Post Reply
18 posts • Page 1 of 1

A NIGHT UNDER SHAWN'S FEET (M/M)


Hey mummy-boi!
I hope you're nice and cosy all wrapped like that on the living room floor.

I know you were freaking out and protesting when the three of us caught you and started forcefully pallet-wrapping and duct taping you up like a mummy. But what can I say?
Life's a bitch, haha!


What's that, kiddo? Got somethin' to say?
Man, it's a good thing we stuffed Shawn's giant Lacoste sock in your yapper. Haha!
Can't have you mouthing off or calling for help now can we?
Mummy-boys need to stay nice and quiet.


Here's a small piece of advice for you.
Given how annoyed my hunky cousin seems to get when he hears grunts and protests, it would probably be in your best interest to stay as quiet as possible during the night. Just be a good boy and suck on his sock.

Shawn doesn't care that the room stinks or that the stench of his feet and shoes is driving you crazy. He just wants to sit there in his undies, air his socked soles out and play video games for a few hours before calling it a night.


About the gag, we talked a bit and he secretly does feel a little bad.
Not bad enough to pull it out of your gob though, so don't get your hopes up.

I mean, he's been wearing those big Lacoste socks on and off for a few weeks now and for some reason, he never got around to bringing them to my place when he stops by to use my washing machine.

He knows he has a severe foot odour problem and realises that you're probably choking on his sock and gagging on the taste of his toe cheese by now.
But he just doesn't care.
As long as he can't hear you, everything's okay.


Brad and I both wanted you gagged, and that was good enough for him.
Besides, he DID find you pretty darned annoying earlier, when you were screaming your lungs off for us to let you go...
If you ask me, your sockgag serves you right.


Sorry kiddo, I don't understand a thing you're saying...
The giant sock in your mouth is doing a really good job at keeping you quiet.
And don't think those cute puppy eyes of yours are gonna change anything.
Trust me, Shawn's rotten stinker ain't gonna be pulled out of there anytime soon.


Alright mummy-boi, time for me to leave you alone with my younger cousin.
Have fun...and don't go anywhere, haha!


As I leave the room and call it a night, your eyes quickly focus on the big blond dude sitting on the couch next to your heavily mummified body.

You barely know anything about him.
The only thing you know about Shawn is that he's my younger cousin, and also your designated captor for the night.


The imposing twenty-year-old jock spreads his beefy legs out and plants his very large, very pungent socked soles on top of your tightly mummified form. One on your thighs and one on your upper chest.

You breathe in through the tiny hole we left over your nostrils, and immediately catch a whiff of the handsome blond dude's overpowering foot odour.

You cry out, but only end up coughing into your oversized sock gag.
Shawn's sock is so big and so incredibly foul that you wanna be sick. But no matter how much you scream and fight, it's still plugging your puny mouth up to bursting and stopping you from calling for help.


You look at your designated captor's huge, size 13 foot, and you wonder how long he plans on resting it over your chest.

The muscular stuff doesn't even seem to notice you.
He just takes a hand off his PS4 controller every now and then, and reaches between his massive thighs to scratch the sizeable man-pouch inside his underwear.

Shawn really is enjoying himself tonight.
And since this is his first day of vacation, you know that he's probably gonna stay up gaming all night and you know he'll probably only get up at noon or something.

You try calling out for help, but only end up coughing and gagging on the smell and taste of your captor's putrid socks. You've only been taped up at his feet for five minutes, and you're already freaking out.

The cocky hunk glances down at you very briefly and smirks, before focusing his attention back to the TV screen.


Yeah, you're not going anywhere.

As a flurry of thoughts run amok inside your head, you can't help but lie there and wonder...how the HELL you're gonna survive a night under Shawn's feet. 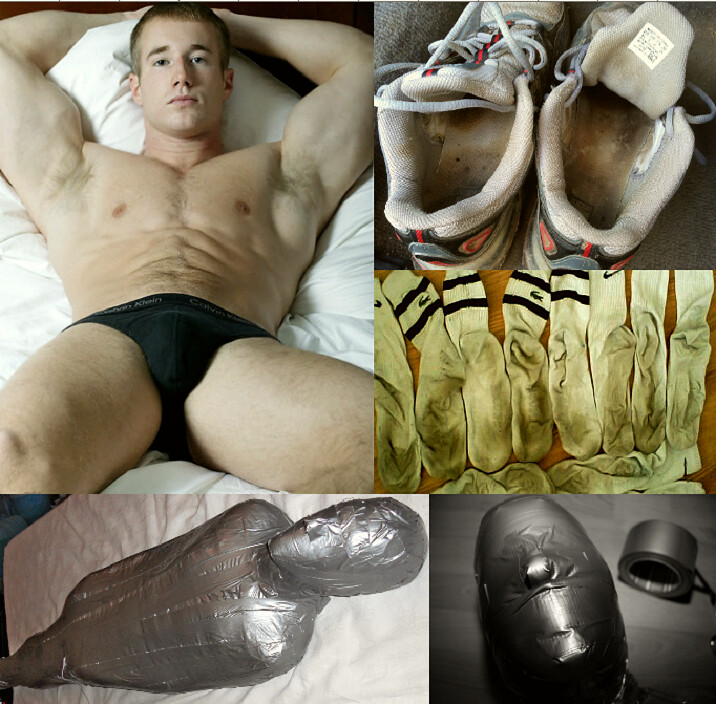 Nicely put. A somewhat different style from you.
Shorts are cool, but Speedos rule.
Top

Almost poetry here, my friend. Quite an impressive little tale. Short, descriptive, and quite hot. I wonder what mummy-boi did to earn such a complete wrap up. Probably nothing.
Top

Wow what a diversion to your epic tale

Wow!! That is soo good [mention]bondagefreak[/mention] You have such a talent!!
Top

This was such an enjoyable little piece. Great use of second person view.

Not usually a sub, but he idea of laying down mummified while a hunky guy in briefs flashes himself to me is a very tempting image. 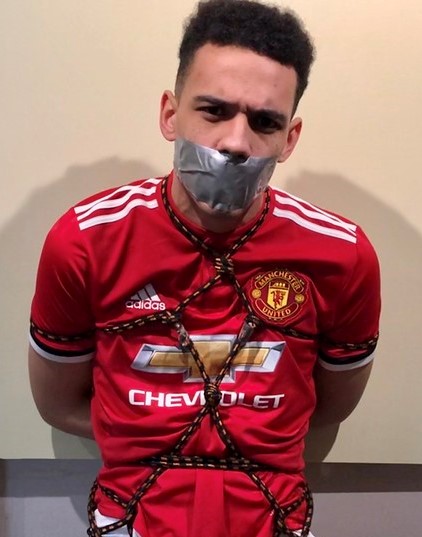 Oh wow this is so great
Top

Thanks for the comments, guys!

[mention]DeeperThanRed[/mention] Be sure to hit me up if ever you're in my part of the globe. I'm sure you'd make an excellent mummy-boi and a good foot rest for me while I game

[mention]Outta.this.place[/mention] If you decide to ship your little bro over to me, I'm gonna tame him for you.
After a few nights as my mummy-boi/personal foot sniffer, he's gonna go back to you a very "changed" man.
You hear that [mention]that.kid13[/mention]?

[mention]bondagefreak[/mention] yeah I’m not sure about taming. I’m always going to be crazy and fabulous might I add but that’s why you’re gonna fall in love with me
Top

[mention]that.kid13[/mention] Keep talking, kiddo.
Pretty soon that cute mouth of your's won't be making much noise.
Wonder how "crazy and fabulous" you'll feel with one of my size 13 socks stuffed in your gob

I’ll feel great. Stevens just gonna have to fuck off or watch out haha [mention]bondagefreak[/mention]
Top 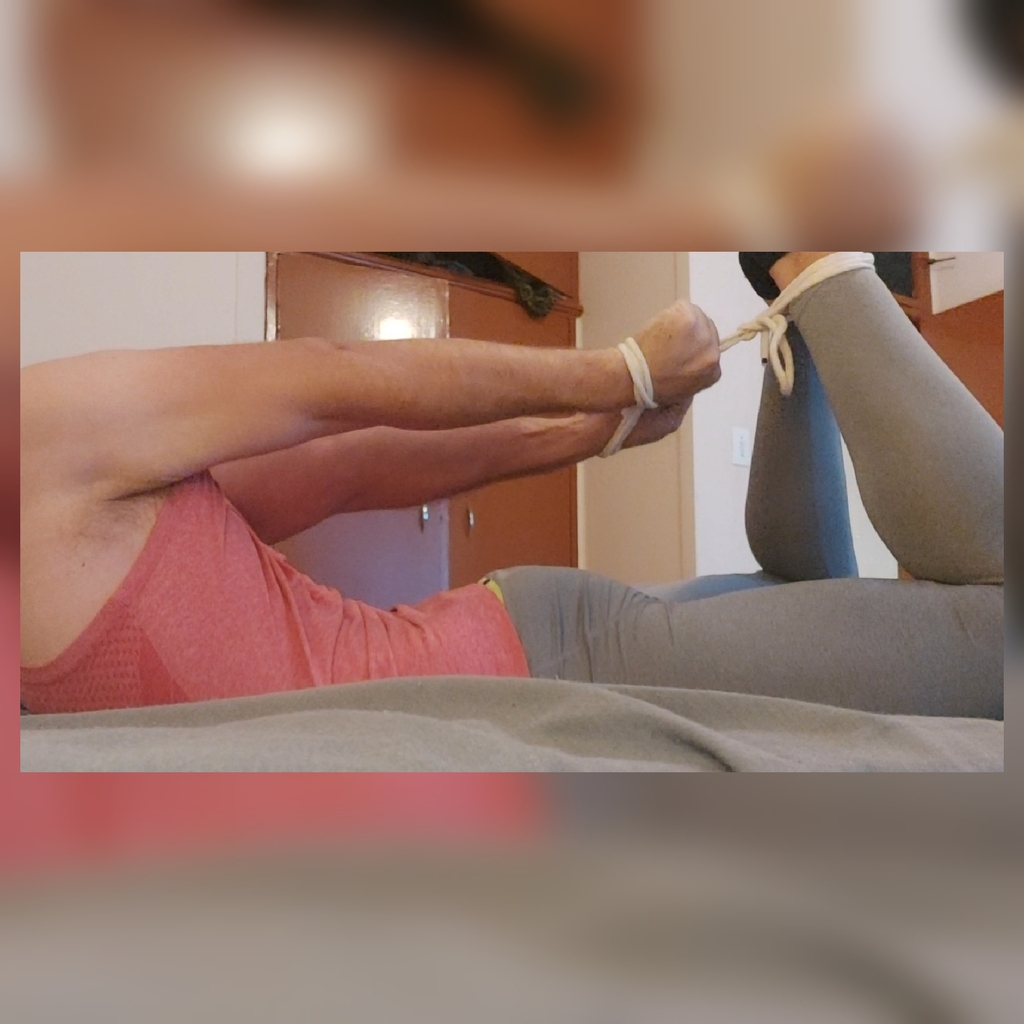 Absolute perfection... U are a great stotyteller!
Deep in the mountains your screams will echo through the deserted woods...
Top 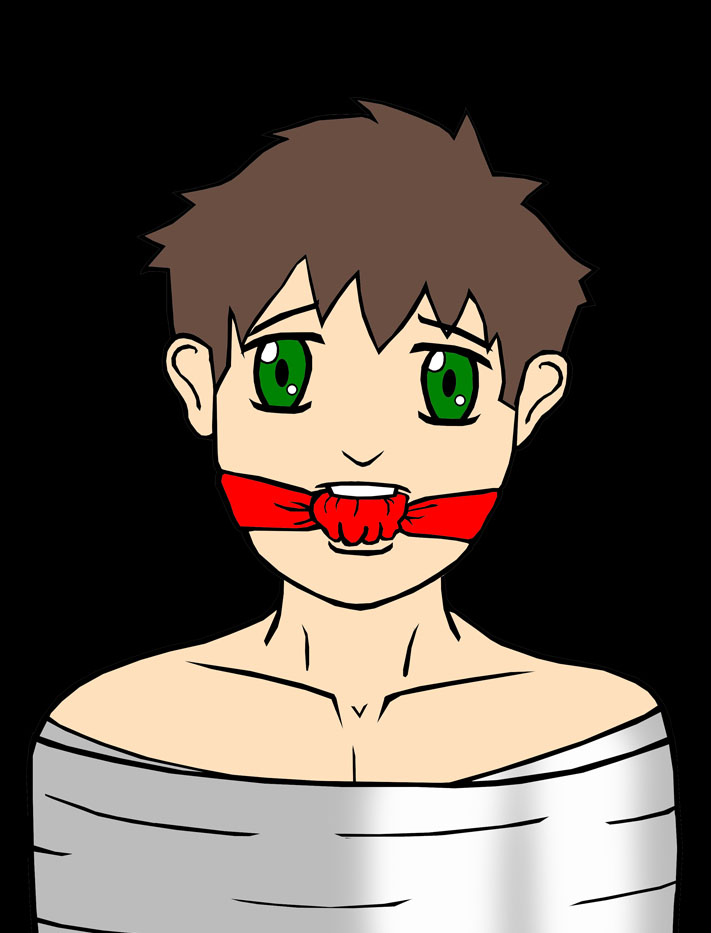 Usage of 2nd person perspective here is great! Even though it isn't, it made me feel like I was the one under Shawn's feet lol.
Hogtied in speedos with a sock stuffed in my mouth. Ready to be tormented at your pleasure.

[mention]Michael-Colin[/mention]
Glad you enjoyed that, kiddo.
A lot of readers don't necessarily enjoy reading long, serialised tales.
So I think every now and then I'll be posting scenes from Bound and Gagged as snippets for those who are only looking for short reads. A lot of these scenes work out nicely, even without all the background/context info of the main story.

Good use of second person is rare and I don't think I have ever seen it on this site. Bravo!
Top
Post Reply
18 posts • Page 1 of 1