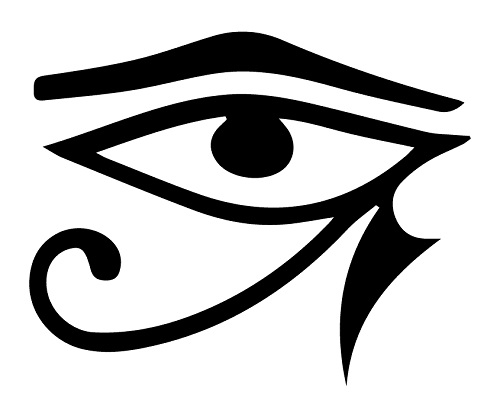 I was in a coma. I don't remember slipping off the wooden and metal slide at our local playground, bouncing off the concrete stepping stone steps on my way to the floor. I only remember the brief rush of falling, and then darkness, where I slept, and dreamed of little blue fairies.

My parents are Indian, from them I've inherited my dark skin and shoulder length curling black hair, but I was born fifteen years ago here in England. I'm on the curvy side of skinny, with a bust to match. I'm told, by the last boy who made a pass at me, that I look mysterious.

One month later, the scar curling down beside my left eye making me look like some kind of ancient warrior, the thirteenth found me relaxing at home, since it was still the school holidays. Laid on my bed, music thumping as loudly as I felt I could get away with. And then. Silence. I opened my eyes, seeing the clock hanging across the room first, the second hand paused, the time seemingly frozen at thirteen minutes past one in the afternoon. I tried to sit up, and couldn't. But I could blink. Whatever was going on it seemed my eyes and brain, since I could still think, were the only things unaffected.

Five small blue fairies popped into existence above my head. I would've gasped if I could, they were exactly as I'd dreamed them. About the size of a pencil, skinny sky blue bodies topped with a variety of crazy colour and style hair combinations. Twin see through wings like a dragonfly moved as a constant blur. All five wore only scraps of grey cloth to cover modesty. Whilst four of them held station, looking down at me, pointing and giggling, whispering in a language I couldn't understand, the fifth flitted across my room, returning with the belt from my silk dressing gown. I looked on helplessly as my head and shoulders were lifted off the bed, allowing them to gag me. My belt was wrapped around my head, forced into my mouth by a male fairy with a green mohawk, before being yanked tightly at the back of my neck. With their task apparently complete, they all shared high fives, accompanied by more whispering. And then they vanished the same way they'd appeared, instantly, and with a small pop.

Sound rushed back into the room, as my body jerked upright on the bed, the delayed message my brain sent finally reaching my muscles. I went over to my mirror, turning my head left and right, examining the gag. It looked real. And the knot, especially considering the five minutes it took to loosen, was real enough too. I just didn't understand how.

In the end, I did the wrong thing. I replaced my belt, and forgot about the fairies, dismissing them as a daydream. Maybe I'd simply gagged myself?

Next month the thirteenth fell on a Sunday. We always have a proper roast, usually chicken. It's the one day of the week when lunch and dinner are reversed. So when time stopped again at thirteen minutes past one I was halfway through the best part of the meal, my Dads homemade yorkshire pudding. Confused as to why my hands had stopped cutting the next bite, and why Dire Straits had cut out, I looked up, moving my eyes, and found five fairies hovering. One of them even waved.

They used tape this time, thick silver duct tape from the kitchen draw, which they wrapped a half dozen times around my head, plastering my hair against me even whilst effectively sealing my mouth. Finished, there were high fives and giggles, as my brain was reminding me happened last time, because last time had been real, apparently, and then they were gone.

My younger brother laughed, but then he's two so everything's funny to him, even his toes. My Dad was too engrossed in his dinner. My Mum frowned. "Really Amelia." She began, shaking her head. "Do stop teasing your brother."
"But...." Trying to pull the last of the tape free from my hair. "No buts." She overrode me, now pointing too. "Just eat."

Thirteen minutes past one, on the thirteenth, turned out to be a regular thing. But at least, now that I'd acknowledged it as real, and with a month to come up with a plan, I was ready.

For the next four months I managed as best I could. For the three times I was in school I hid in the upstairs toilets, sitting alone in a cubicle, staring at my phone as the clock ticked down. The only downside to this, other then having to ungag myself and then reknot my tie, which they used each of the three times, is that I'm late to fifth period, which starts after lunch at one. I reasoned most teachers wouldn't let me leave just after they've begun class. Safer to just be late. The one time I was at home I tried an experiment, spending all that Saturday morning walking the house, avoiding my parents and their questions, collecting together everything that could possibly be used as a gag: scarves, belts, tape. Then I locked my bag of plunder in the garden shed, and, with a big smile on my face, sat in my room at my laptop, waiting.

The five of them spend what must be ten minutes flying in and out of my bedroom door, searching. I'd giggle and point at them if I could. Then, I hear my window pulled open, feeling the slight chill of the wind. Maybe three minutes later, I'm guessing, a female fairy with long hot pink braided hair comes into view. She wags her finger at me, scowling, but then smiles as two of the others join her. Between them they're carrying some kind of red rubber ball, with a black leather belt running through the middle of it. I'm puzzled, until a forth fairy yanks my mouth open and the ball is stuffed between my jaws, and I feel the belt buckle being tugged and tightened against the back of my head. The ball is huge, and once all the fairies are done laughing at what they've done to me, and have left, allowing the flow of time to be restored, my suspicions are confirmed. Not only huge, but very uncomfortable, and even in the couple of minutes it takes for me to unfasten this gag I'm unable to avoid drooling slightly down my black lazy day tee.

So I was coping, and learning what I could. Mostly, don't hide the toys. For some reason though my mind never thought about what might happen if the thirteenth happened to fall on a Friday, which it had the day I woke up in hospital. It's funny the important things you overlook.

Friday the thirteenth was a school day. I had a test forth period, right before lunch, which in itself took away the other important reason I should mind the thirteenth. Then I spent all lunch break listening to Sally, a tall blonde with glasses, and a close friend, talk about her latest boy crush: Stan, this years college football captain. After, Sally dragged me off to Science, and with zero alarm bells ringing I allowed myself to be dragged. Today the teacher, Mr Trantum, was cutting up a pigs heart. So bags were dumped unopened, and the class gathered around Mr Trantums desk, which was just a table at the front of the room near the whiteboard, where he could either sit and mark papers or conduct whole class experiments. The heart wasn't an impressive thing to look at, blackened and sunken, smelly. Mr Trantum talked for a couple of minutes first, prodding it with his latex gloved fingers, before Sally interrupted him. "Sir. Can I go to the bathroom?"
"What?" He looked up, peering over his glasses at her. Sally flashed her best good girl smile, whilst I hid a smirk behind my hand. She didn't really need the loo, she just didn't want to be around the smelly heart. She'd draw a bathroom break out for a good half hour if she felt she'd get away with it, which she normally did. Mr Trantum frowned, before waving his hand. "Go on then. Be quick though."
"Thanks Sir." She tipped me a wink, and I smiled back, before she walked out. That was when I noticed the time, twelve past one, and I remembered.

But by then it was too late.

Looking around, panicking, I raised my hand. "Sir."
"Not now Amelia." He didn't even look up. "But Sir."
"You'll have to wait until Sally returns." He shook his head. I dropped my hand, defeated, and then time stopped.

A whole squadron of them popped into existence this time, at least twenty that I could actually see, though more flitted in and out of my sight line as events unfolded. They split into three work gangs. The first half dozen removed the pigs heart and cleared the table everyone was stood around. The second detail had one fairy loosening and removing the school tie from the neck of each pupil, myself included. The third gang, the largest by far, hoisted me up, spreading my weight between them, and placed me laying down, on my back, on the table. Then they set to work binding me in place. Each of my four limbs was moved so it pointed at a separate table corner, and then a tie was used to secure that limb tight to the nearest table leg, I could feel each limb yanked in turn as two or three fairies worked together, making sure of my helplessness. Thankfully I'd worn tight fitting black jeans style trousers today, and not a skirt. Two small teams worked to knot three ties together each, these were then used on my upper body, above and below my breasts, squeezing them together and causing them to rise slightly, pressing against my sensible white bra and short sleeved white shirt, as the extra long tie chains were passed underneath the table and tied in place. Lastly my mouth was stuffed. Two fairies held my jaws apart whilst three scrunched up ties were forced inside by another, pushed in and pressed down one by one, filling my mouth completely, before a forth tie was used to finish the gag, holding the others in place as it was knotted tightly behind my head. Then, with the job done, the unused ties discarded onto the floor, they all left, and time rushed back in.

Mr Trantum, having been about to point out something on the heart, very nearly prodded my left breast. He wasn't even looking, only some change glanced out the corner of his eye stopped his hand. There was a moment of stunned silence amongst the class, and then everyone started talking at once. Or laughing. Mr Trantum bellowed for silence, and emptied the room, all but manhandling some of the boys out as they stopped to goggle at me, splayed out with my very obvious breasts and semi tight fitting clothes. I saw at least two boys, and one girl, manage to snap photos on their phones. Oops. Looking to my left something on the white board caught my attention. A stick figure drawing, of several blue people with big wings. Below them was written 'see you next month xx'. All of the stick figures were smiling.
Top
Post Reply
1 post • Page 1 of 1