Stories that have a significant measure of truth to them should go here.
Post Reply Previous topicNext topic
7 posts • Page 1 of 1 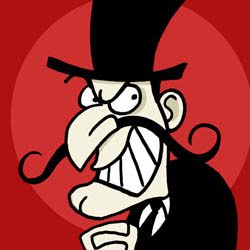 Unlike my previous stories, this occurred only a few months ago. I was working as a locum (self employed, 'filler in') veterinarian in the northern beaches area of Sydney. I had arranged a three week job at a small, one-man vet practice. The owner was going on a well deserved holiday and I was to look after the place for him.

First day found me driving through back streets, craning up over the steering wheel trying to identify road signs to assist my helplessly lost mobile phone GPS. "Bingo"; I said as I finally spotted the 'VET' sign, hanging over a tired looking house; old painted weatherboard with frosted windows. I parked on the street and went inside, it was worse than I feared. Two rooms, a waiting and a consult room both the size of average bathrooms, and an storage area/hospital room at the back for recovering animals. Along the wall a canary sang in the morning sun, it's cage hanging from a hook near a window. My mood lightened when a lovely girl walked into the waiting room; she had sea-blue eyes, short blonde hair and wore a tight white T-shirt and blue jeans.
"Hi, I'm Natalie," she said. She must've noticed my look of incomprehension and added, "The nurse..?"
"Of course," I stammered. "I just thought you'd be wearing, you know, a vet nurses uniform?" I was glad she wasn't, they weren't very flattering. And in no way would show of her curves like her current outfit.
"Oh we're pretty casual around here, I wear what I like," she said smiling. "Did you think I was a client wandering around?"
"Yes, and this is your pet I imagine?" I said picking up a stuffed toy from the counter. With a show of great concentration I put it to my ear and listened carefully.
"It's worse than I thought," I said. "No heartbeat!"
That made her laugh, I was off to a good start!
..................................................................................

It was a quiet practice and so after finishing consults there was always time to go into the waiting room and chat to Natalie behind her computer desk, or she would wander into my room and talk to me. She'd hop up and sit on my consultation bench, swinging her white Dunlop Volley sneakers back and forth. We talked about a lot of things and I quickly discovered to my disappointment that she had a long term boyfriend: I tried to not let it show. From her angle where she sat, she would watch the canary hopping about it's cage in the waiting room while we talked, and from mine I could watch her. Her jeans were as tight as her top, and were pretty low cut, held low around her waist by a black plastic belt. When she bent forward or backwards a few centimetres of tanned skin would teasingly appear. She must've been in her mid twenties. The other feature I couldn't help noticing was the slight bump of her bra straps, visible under her T-shirt only because it was so tight. She usually wore a T-Shirt and the colour varied, but white was the most common hue. She was talking about where she went last night, and turned her head to me again. I quickly shifted my gaze back to her face.

On the Friday of the last week of my locum I was sitting at my desk in the consultation room, searching the Internet for Party inspiration. I had accepted an invitation to a Costume Party the following night, which seemed a good idea at the time as I wanted to get to know the group of people who were hosting it. The theme was 'Crime & Punishment' and I knew most people would turn up as gangsters and criminals. If we were lucky a few pretty girls might decide to dress as 'Ladies of the Night' in some kind of halter top, short skirt and knee high boots outfit! My problem was I didn't want to spend a fortune on a costume I would only wear once. Closing the laptop, I went into the waiting room.
Natalie looked up from her work, she was studying for a nurses exam in a few weeks.
"Bored?" she said. It was a dead day; not even one consultation booked. Unusual for a Friday.
"More frustrated," I replied. "I have to go to a costume party this weekend and don't want to spend a fortune. I also don't want to spend a pittance and look like a loser."
"Theme?" she asked.
"Crime and Punishment."
Natalie tapped her pen on her lips.
"Gangster?"
"Every guy will go as that. I need to go as something different. Hey, if you were going, what would you go as?"
"Funny you mention it but I went to a similar party a few months ago. I had just bought some new boots so I went as a Call Girl..."
"Halter top and skirt?" I managed to croak.
"Yes, how did you know?"
"Just a wild guess." My heart sank. I could vividly imagine her like that. How I hated her boyfriend!
Natalie didn't seem to notice my despair and carried on.
"A cop?"
"I think a full policeman's uniform might be a tad expensive," I said, barely listening.
"You would look great," she didn't seem to have heard me. "And you can arrest people there, I was disappointed no-one arrested me when I was a Call-Girl."
That caught my attention. Did she just say what I thought she did? I watched her carefully; she was still watching the canary sing and jump around it's cage as she often did.
I had an idea. A last day of the locum gamble.
"I'm just going out for lunch, call me if anyone comes in."
"Sure thing," she replied, still watching the bird, her mind far away.
................................................................................

To be continued.
If the Bindee can reach the knots with her fingertips the Binder has done a poor job.
Top

So nice to have such a willing victim…. Love it so far!
Top

This is really cute. :3
Top

I was so happy to see the “To Be Continued” line. Great job!
Top

Lovely start to the story - the advantage of being a locum!
Top

Beautiful story, I like how you describe your thoughts and feelings, and the silly and devious plan you pulled off! Looking forward to the continuation. I guess there's a reason this is in the adults section

This is great. I'm impressed by how you acted so well on your intuitions. I'm looking forward to the rest.
Top
Post Reply Previous topicNext topic
7 posts • Page 1 of 1

Return to “True Stories for Adults”