Actress gets tied to chair

If you are having trouble finding an old story and remember the title, author, and/or a description someone might be able to help track it down!

Actress gets tied to chair

I remember a story which involved someone signing up for an acting gig. In it, her role involved getting tied to a chair. Then it turned out she was actually getting kidnapped, and was placed in a room with some other women who had ended up in the same situation. It wasn't on the old site. Anyone know about this?
Top 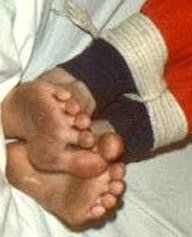 Re: Actress gets tied to chair

It sounds like a story I've read a couple of times. Wo!an auditions for part in a film an sits in waiting room with other women. One by one they go in. Eventually it's our heroine:s turn and she's asked by the director if she minds being tied up. She agrees because she's desperate for the part then get gagged and taken to a back room where all the girls who went to the audition before her are tied up and gagged. The next girl is called in.
Top

Re: Actress gets tied to chair

Hi,
I recall reading about a person who applied for an acting job. She played a part in it, tying herself to a chair. She was then put in a room with a few other ladies who had also found themselves in a similar scenario after discovering that she was truly being abducted. Not on the previous website. Anyone who is aware of this?
Top
Post Reply Previous topicNext topic
3 posts • Page 1 of 1