Stories that have little truth to them should go here.
Post Reply Previous topicNext topic
5 posts • Page 1 of 1

Kathy (14yo) entered her house having returned from soccer practice and was greeted by her sister(19yo, name is Sarah, currently doing yoga wearing black sweat pants a light blue sports bra and white socks) who will be babysitting her for 2weeks as their parents celebrate their aniversary with a cruise. Kathy immediately went upstairs and Sarah returned to the yoga.

After 10 minutes a loud thud was heard from upstairs followed by silence, Sarah called for Kathy but heard no response. Sarah walked quickly up the stairs, once she reached the top of the stairs she knocked on Kathys door calling her name after hearing no answer Sarah entered.

Sarah saw Kathys room to be clean with the exception of a medicine ball in the middle of the room as she investigated, Kathy tackled Sarah to the bed holding a rag over Sarahs mouth and nose and pinning her arms with her legs. As Sarah lost consiousness she saw from the corner of her eye several coils of rope.

Once Sarah had gone limp Kathy immediately begun hogtying her helpless sister. First Kathy tied her sisters wrists behind their back she then tied Sarahs elbows, knees, thighs and ankles, double knotting each time. Kathy then tied ropes around Sarahs waist and just below her breasts pinning sarahs arms to her body. Satesfied that her sister was secure Kathy bent Sarahs legs so her heels touched her but securing the legs in place by connecting Sarahs ankles and wrists with a short piece of rope.

Once Sarah was tightly hogtied on the bed Kathy begun balling up her socks from soccer practice she then removed a roll of duct tape from her closer. Kathy place both the socks and tape by Sarahs head.

After a few minutes Sarah begun to wake up, "what the fu-mmphh" Sarah said in a tired tone as Kathy stuffed the socks in her mouth. Sarah continued to mmmphh as Kathy peeled the tape off the roll, holding the socks in with her hand, Kathy then wrapped the tape around Sarahs head stopping after 6 wraps. Sarah mmmphhed and struggled as much as possible as Kathy searched through her night stand.

After a minute Kathy quietly giggled and places a small object into her pocket, Kathy walked around her bed so she faced Sarah and crouched so they were at eye level. Kathy removed the object from her pocket, a cloths pin, which she placed on her sisters nose causing her eyes to widen and her to mmmpphh in panic, Kathy said in a calm tone "Don't worry, I wont be to long". Kathy then left walking slowly, ignoring her sisters muffled cries.
Top 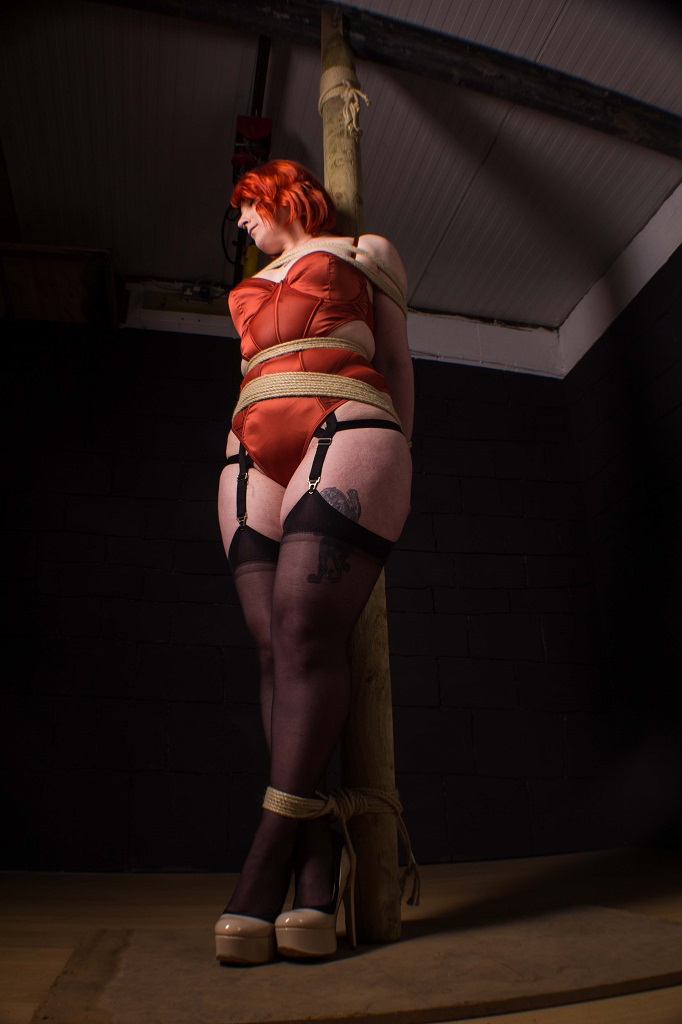 The sister is a real meanie

Hope this continues and Sarah stays tied up!
Top

Awesome story. Short and to the point
Top